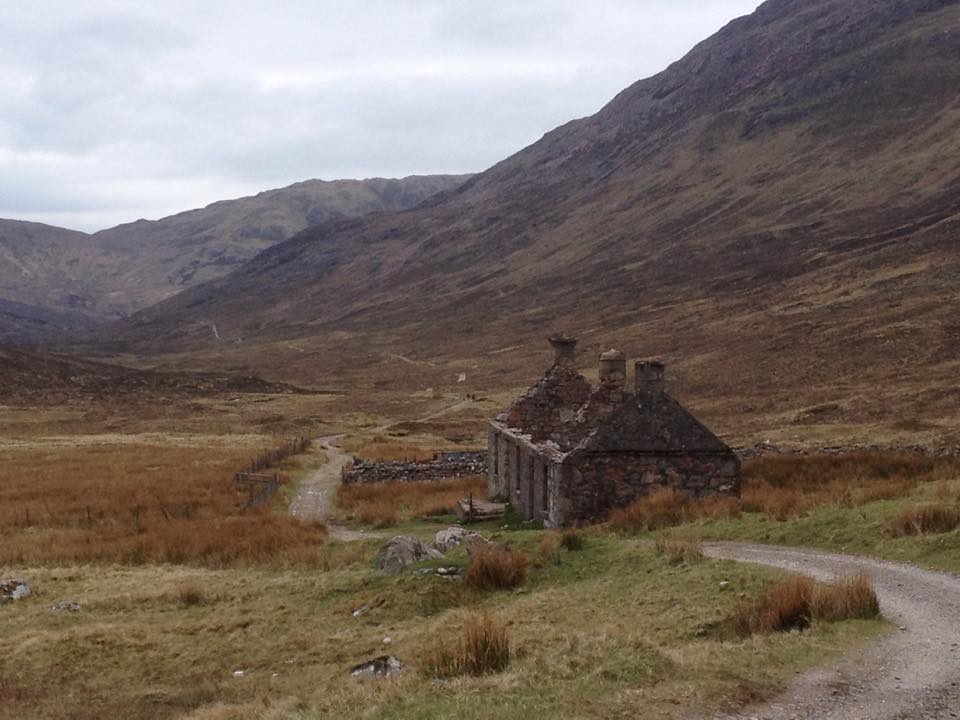 The West Highland Way- Who would had thought that 23 years after the Eurovision song contest of 1992 we would walk ten days true beautiful Scotland whistling the song ‘Highland’. Not that a foolish spontaneous idea never happens to us, but this was really a ‘YOLO (You Only Live Once) Eureka!’ moment shaped on a Sunday family hang out during a Flemish cycling classic. So began a hiking adventure of a brother and his little sister on the West Highland Way.

Soon we both turned in to entrepreneurial journey planners. Again, nothing new but it worked mutually infectious. The search for the cheapest flights, animated discussions about distance, days, sleeping spots,…. Old stuff from Bart’s world trip almost 15 years ago and some army stuff from my ‘trooper’ boyfriend provided a good basic gear. Bart chose a smart investment in expensive hiking socks. Lotte went for extra comfortable sleeping mat. With a still somewhat anxious heart  whether one had made a choice more crucial than the other. Where we were both convinced of was that good food was a must. Bart went to get inspiration online and transformed with the help of a drying-  and vacuum machine unique food that gave us during the trail repeatedly jealous glances.

The collected material appeared gigantic in comparison with our backpacks. ‘Less is more’, something I, at that time, not yet completely understood. Magazines, a large jar of gel and even a music box is a luxury  we don’t need anymore… I thought… after the first 26 kilometres.

We took a flight in Brussel to Edinburgh and hopped immediately on a bus to Glasgow. We stayed at the Easy hotel and there you get for what you’ve paid for. Not much, but there was a hot shower (so close to the toilet that you could sit on the toilet while showering) and a soft mattress.The next morning we took the train to Milngavie, a 15 minutes ride.

Milngavie is the official starting point of the West Highland Way. First we did some shopping and had breakfast with the obligate haggis. After some photo’s to show off at the home front we’ve started our first miles of walking. In less than a half our we where already impressed by the landscapes, the sun was shining and we had an ambitious walking pace. A friendly Spaniard with some age saw our adventurous disposition and promised himself to measuring our efforts during the whole further route.

Where most walkers stop at day one we did a few extra miles. When I arrived at the camp spot I decided to ditch all the stuff that wasn’t necessary or essential for the trip… a lot of stuff 🙂 The magazines where ready for ritual burning. When I put off my hiking boots and socks we both faded. Not the smell, but mostly of the view of the gigantic blister. Even the two German campers who stood next to us where impressed. They told us that this would be the end of our trip. An extra motivation for the real ‘die hard Lotte’ to prove otherwise.

A delicious spaghetti with a priceless view of Loch Lomond gave me some extra strength. Of personal space in our tiny tent was no question but 16 mile in the legs and with the sound of raindrops on the tent we dozed away. Bart is a morning person. Not only I experienced that, but also our German neighbours. The persistent rain could not spoil the fun. Besides, during the first ascent we felt no longer whether it was sweat or the rain that drenched us. You should know, in Scotland they speak not in the forecast about rain, but “showers.” Take that literally. More and more we came to realise that this would not be a “walk in the park, but a nice challenge”. With a warm and friendly hotel on the way we could dry somewhat and eat a English breakfast, after that we’ve continued our journey. Bart and the woman with a whopper of a blister?

Day 2 on the West Highland Way took us along the shores of picturesque Loch Lomond to a Scottish Bothy. A Bothy is a botched ruin which is good enough to give adventurers shelter from wind and weather. With six other hikers who found it a bright idea to spend the night to there, it was pretty tight and Bart woke up with a strange smelling toe in his nose. A special experience. The next morning I needed a pep talk first. After an hour in the pouring rain we stopped in a hotel full of pensioners. A Dutch grandma could not believe her eyes when she saw my face and our heroic story (In her eyes) of the night in the Bothi. Bart saw the compassion of the grandma and reminded me quickly to continue the way. On day three of he West Highland Way we could not speak of a hiking trail, but rather an obstacle course. The rough rocky banks slowed our pace considerably and the sometimes thin edges made it exciting at some moments. It led away from other painful ailments, but tried for the first time our knees. Along the Rob Roy caves and some fantastic views we approached our first facilitated camp. A shower, washing machine, dryer, shop, compeed,… on offer and a snack made me ecstatic. Through our early arrival we saw buddies who walked even stranger than the both of us together. So I knew it was still good. Ah yes, we were half way. The point of no return. Positive thinking. With clean dry socks and the aftertaste of serious fatty matured cheese we were early on the road again. Who didn’t know yet, be warned, Bart has pepper in his hole (dutch expression, looks a bit weird translated :-D) . In the next 18 kilometers through the rain we walked along beautiful green forests in hilly areas. We went through a bizarre indian village, passed an honesty box, an ancient viaduct and a prehistoric cemetery,…. I showed my first delusional symptoms. Combined with Bart’s dry humor a smile was never far away on our faces. The prospect for our first real bed after 3 nights had probably something to do with it. A couple together makes this tour ventures into a relationship test. Brother and sister you stay forever anyway.

Luxury in the hobbit hut

We come from the ‘same shop’ and enjoyed our like-minded intentions, that much was clear. Anyway … the hobbit hut … our hobbit hut in Tyndrum, was le-gen-da-ric. Imagine: a soft mattress, heater, refrigerator and TV to roughly 10 square meters. Except for a sanitary stop, you do not move or move further. Delicious! Day 5 of the West Highland Waywas employed in full courage. After a few kilometers we realised that it would be a special day. With a hearty granola breakfast between the sheep and their newborn lambs in an indescribable landscape, we realised that we were approaching the real highlands. Oh yeah, our Highland tune “waiting … highlands’ … not lacking either. When we arrived at Bridge of Orchy our wiry Spaniard slips out of a taxi and laughs a little ashamed at us.

What we saw further on our  excursion was wonderfully beautiful. We saw one amazing vista after another. With panoramic shots we wanted to record the beauty, but the reality was even more breathtaking. Snowy peaks and irregularly shaped vast lakes as far as you could see. Wow! It were long mileage, but certainly worth it.

Slightly less handsome was the camping site next to the ski station of Glencoe. Still, we spent the night there. Finally, you do not sleep every day in addition to a ski lift, right? At -2°c degrees Bart-the-beast found that night still a bit chilly, but in the morning he was still just as excited as usual. To the extent that it is even worth mentioning.
Lotte her morning mood was quickly forgotten in a real English tea ceremony at the Kings House hotel. On day 6, the dreaded Devil’s Staircase on the program. It was easier than the trail stories. The arrival at the top gives you yet again something extra. Besides a great view we had another small victory to our tally. Bart had the smelled the second hobbit hut and went like a rocket. We aw a young man walking backwards down the mountain to make his pain a little more bearable. We’re still wondering whether he has made it to the valley. On arrival we felt fit enough for a hand wash and installed us for the second night in a brilliant hobbit hut. The last day. The stretch of 26 kilometers started with a steep climb  of at least one hour. Good morning! Magic granola fuelled our bodies gradually. The highlands we dropped little by little behind us. The area seemed again like the start of our journey. More flowers, but also back more people on the move. We fantasised about our arrival.

So glad we made it

About how it would feel and what we would sing. We chose “So glad we made it” from Barry Manilow as a victory song. The original idea of climbing Ben Nevis (highest mountain in Scotland) the day after the arrival went to the bin. Choosing to walk the last two kilometers to our youth hostel brought us here in temptation, we admit. But we would continue to the end. The official terminus was our only goal. The arrival was a little less exuberant than we had imagined. The victory pint in the pub next to it tasted like no other. And effective, we were both ‘So glad we made it’!

Even wilder stories than written here belong at a campfire where you will remember little about the next day. About the next few days in Scotland we can be quite brief. That Bart made an audio recording of a snoring grandpa in his room is really true. That the train ride from Fort William to Glasgow is one of the finest in the world, is also true. Our day Edinburgh took us from ‘the longest mile’ to Lottie’s loudest drunken smile (very loud, I think the KFC of Edinburgh is a life long No go zone for Lotte). It was a great adventure on the West Highland Way of a brother and a sister, now with an unforgettable wonderful memory for life. Cheers mate! Where the next trip go?

Text Lotte, translation Bart (English isn’t my native language, so there could be some translation faults, don’t hesitate to send me a message in that case)

We flew with Brussels Airlines for 230 Euro to Scotland, Edinburgh (wonderful city) and back. Upon arrival, we immediately took an express bus to Glasgow. The buses are at the entrance of the airport and drive fast and straight to Glasgow. In Glasgow we slept in the Easy Hotel. Cheap and near the bus terminal and train station. The next day began with a short train ride to  Milngavie, the start of the West Highland Way.

We walked for seven days and did about 156 km. A few times we camped in the wild, once on a campsite, twice in a hobbit house (kind of garden shed) and once in a bothy.

We hiked the West Highland Way in mid-May and had not once bothered by mosquitoes, the weather was gorgeous and alternately wet to very wet.

The signage was excellent, we had a card (purchased at the tourist office in Milngavie) but it was not really necessary. Fun to watch where you’re about. Provisions on the road is not a problem if you’re just looking where you pass villages.